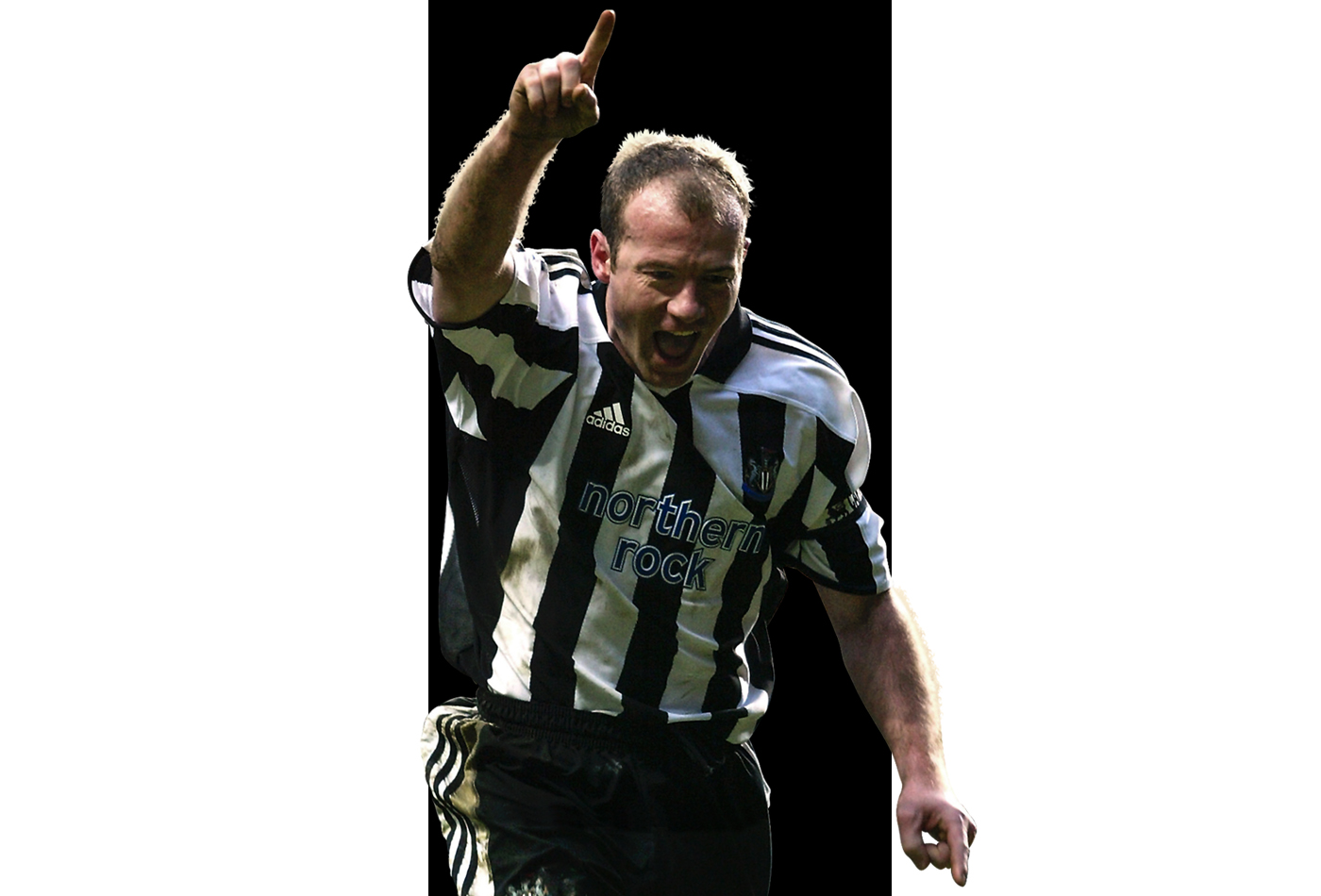 This first post is dedicated to the legendary English striker Alan Shearer.

Alan Shearer scored more than 260 goals in Premier League between Shouthampton, Blackburn Rovers and Newcastle United where he’s an authentic legend and where he developed the most of his football career, although the only title of Premier League he got was with Blackburn in 1995, achieving 34 goals and forming a great sociaty with Chris Sutton that is still remembered in UK.

Shearer has been one of that players who put the feellings ahead Money. He was born in Newcastle and he always wanted to play there, despite he was rejected by his club when he was in the minor categories and he was to seek his fortune playing for Southampton of Le Tissier (he made his debut scoring his first hat-trick) and then, playing for Blackburn Rovers, where he reached the glory. After to win the Premier League, he rejected to play for Manchester United because he wanted to play in his city, in his club, in St James’ Park.

When that transfer from Blackburn Rovers to Newcastle was completed, the Magpie club paid £15 million for it, a record transfer of a player in the Premier League. At Shearer’s presentation, there were 15,000 fans and looking at it in perspective, let’s say it was the first galactic presentation of the modern era.

Playing for the England National Team scored 30 goals in 63 matches and he reached his top in the Euro 96 (England) scoring 5 goals and leading his team to the semi-finals.

Alan Shearer was a strong striker, he lived to make goals, he wasn’t a simple goal hunter
– although he scored a lot of goals at the first touch– , he had a strong medium-long distance shot too and he got spectacular free kick goals, he wasn’t the stereothype of the rough English striker.

Until very recently, Shearer had the record of hat-trick (11) in Premier League but Kun Agüero beat him getting his 12th hat-trick in the victory of Manchester City against Aston Villa at Villa Park (1-6).

I always remember Alan Shearer celebrating goals, as he used to, with his arm up and smiling. You could sense that scoring goals was just something normal for him.