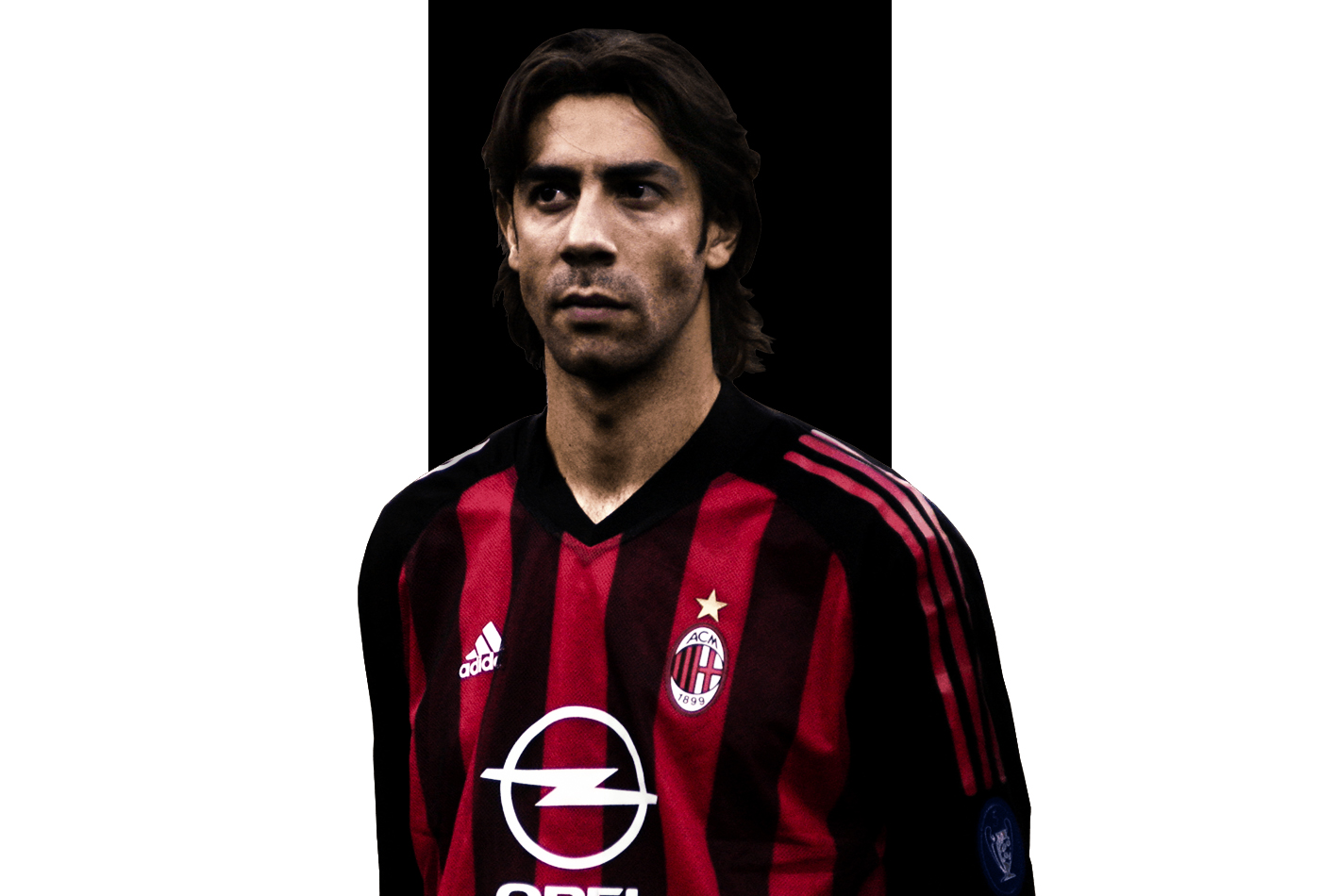 Manuel Rui Costa, one of the most elegant midfielders I can remember, is part of that class of players who expect something to happen when the ball reaches their feet, that’s why he was called O Maestro.

He began his professional career at Benfica, the club he loves, winning a league and a Portuguese cup before making the leap to Calcio, that league where players of his caracteristiques would have to give the best of themselves to survive.

His first stop in Italy was in Florence, the birthplace of artists, where for seven seasons he gave football lessons at Artemio Franchi, forming a golden partnership with Gabriel Batistuta “Batigol”.

During those years in Fiorentina he shared a team with great players such as Gianfranco Toldo, Torricelli, Angelo Di Livio, Marcio Santos, Chistian Amoroso, Edmundo (the “Animal”), Enrico Chiesa and even with old acquaintances from the Spanish league such as Guillermo Amor and Pedrag Mijatovic. He also had prestigious coaches such as Claudio Ranieri, Giovanni Trapattoni and Roberto Mancini.

The Fiorentina was going to start its journey in the desert due to the bankruptcy that would hit it, but just before this happened, Rui Costa was transferred to the A.C. Milan in the 2001-2002 season. He leaves behind the capital of Tuscany to stop in the capital of Lombardy – also the capital of fashion – The great Milan of Ancelotti awaits him. Here, wearing the Rossoneri shirt is how I really remember Rui Costa, watching him play was a real pleasure, how he drove the ball with the ball stuck to his feet, paused, his masterful free kicks, was a marvel… it is true that one of his characteristics was also irregularity, like many great footballers with plenty of talent, that was his sin, but the day he was inspired, that day the match was his.

In Milan, the list of players he played with is tremendous… Paolo Maldini, Costacurta, Nesta, Cafu, Inzaghi, Shevchenko, Gattuso, Pirlo, Seedorf, Kaka (who in the end would be his “executioner” in Milan) and he even shared a team with Rivaldo for a season. As I said, Kaká’s irruption was the trigger for Rui Costa to lose prominence in Milan and in the end, in the 2006-2007 season, his departure was consummated leaving behind, as the most important titles, a Scudetto and a Champions League (season 2002-2003), although he also played the famous final in the 2004-2005 season that he would lose against Rafa Benítez’s Liverpool).

Rui Costa was a member of the so-called “Golden Generation” of Portugal, a group of players from the under-20 World Cups they won in 1989 and 1991 and among whom we can highlight well-known names… Fernando Couto, Joao Pinto, Abel Xavier, Jorge Costa, Luis Figo and Rui Costa himself trained on both occasions by Carlos Queiroz, who would become the coach of the “Real Madrid de los Galacticos”.

It was always thought that this generation could bring Portugal some title and it was in 2004, at the Eurocup held in their country, when little more than Figo and Rui Costa remained in the national team almost succeeded. Portugal arrived and lost the final of their Eurocup against Otto Rehhagel’s surprising Greece by 2-1, the Portuguese goal, by the way, would be scored by a very young Cristiano Ronaldo.

I remember that Eurocup very well because thanks to the slogan that a sports brand was advertising at that time and, with the victory of Greece (curiously, sponsored by that sports brand), it could not have done better… IMPOSSIBLE IS NOTHING.

In the 2006-2007 season, at the age of 34, Rui Costa returns home, to Lisbon, to Benfica. Here he will play his last two years being already a veteran tanned in a thousand battles, he would be trained by Fernando Santos (Portugal won the Eurocup of 2016 with him) and would share team with a then young David Luiz, Luisão, even with Angel Di Maria, (arrived in 2007-2008 to Benfica), just the last year of Manuel Rui Costa with the shirt of the Eagles. Two years these last ones in Lisbon where beyond minutes, goals or assists, what he left us were those last ones taken with the ball in the feet, those last free kicks, those last passes finding holes that only he saw… in short, a great end of career for someone as exceptional as irregular. There, in the Da Luz stadium, Manuel Rui Costa gave us his last flashes of light.