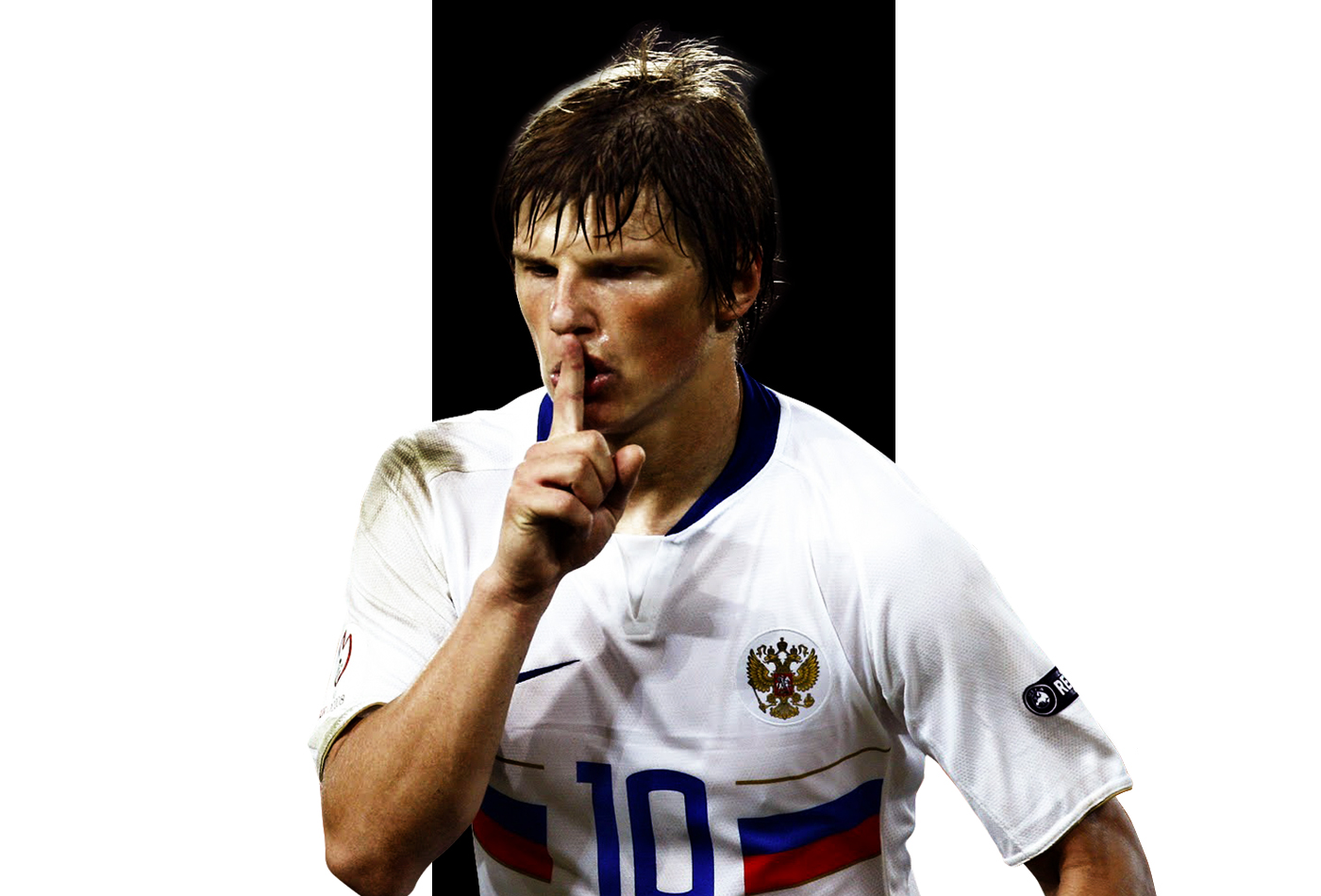 New entry, and this time we put our focus on Russia to talk about Andrey Arshavin, an attacking midfielder capable of dribbling all the players ahead of him.

I discovered this player at the Euro 2008 held in Austria and Switzerland (I think most of people discovered him there), where he arrived carrying two games of penalty for a senseless expulsion in the last qualifying match for the Euro against Andorra and, even though he missed the first two games of the group stage because of that penalty, he reappeared in the third game to score a great match against Ibrahimovic’s Sweden and win 2-0 that game (he would score the second goal) and go on in the tournament.

Then, already in the quarterfinals, Russia and Holland were facing each other and it was here, in this match, that I saw him play for the first time. I have to say that rarely I have seen somebody plays a game so complete, it was a real scandal, he was everywhere, nobody could stop him, and Russia qualified for the semifinals by beating Holland 3-2 (later they would fall in the semifinals 0-3 against Spain, which in this Euro would begin its glorious time) thanks to two goals and the wonderful game that was scored by the friend Andrey Arshavin.

Thanks to his extraordinary Euro, he left Zenit (where he had won, among other titles, two Russian leagues, a UEFA Cup and a European Super Cup) and St. Petersburg and headed to London, where Arsene Wenger’s Arsenal were waiting for him with open arms… but with Arshavin was always the same, in the five seasons he spent with Arsenal, He left more shadows than lights, mainly because of his character, a superclass player but quite indolent, although when he had the day he was a spectacle, at Anfiel he is still remembered for his display in 2009, when Rafa Benitez’s Liverpool and Arsenal were tied at 4 in a crazy match, with Arsenal’s four goals of… yes, guess who?

Arshavin was linked to Arsenal for five years, during which time he went from strength to strength. After his third year, he went on loan to Zenit to return and play one last season in London before setting off again, and for the third time in his career, for Zenit. Two more years in St. Petersburg where he would win a new Russian league and then short trips exhausting his talent, first at Krasnodar and finally at FC Kairat Almaty in Kazakhstan.

Genius and figure… genius within the field and figure outside the green. I would say that Arshavin, for me, was like a summer love, that dazzles you and then little by little it fades away, but even so, I recommend you, if you have the opportunity, to watch the complete match between Holland and Russia of the Euro 2008… I will never forget that match.