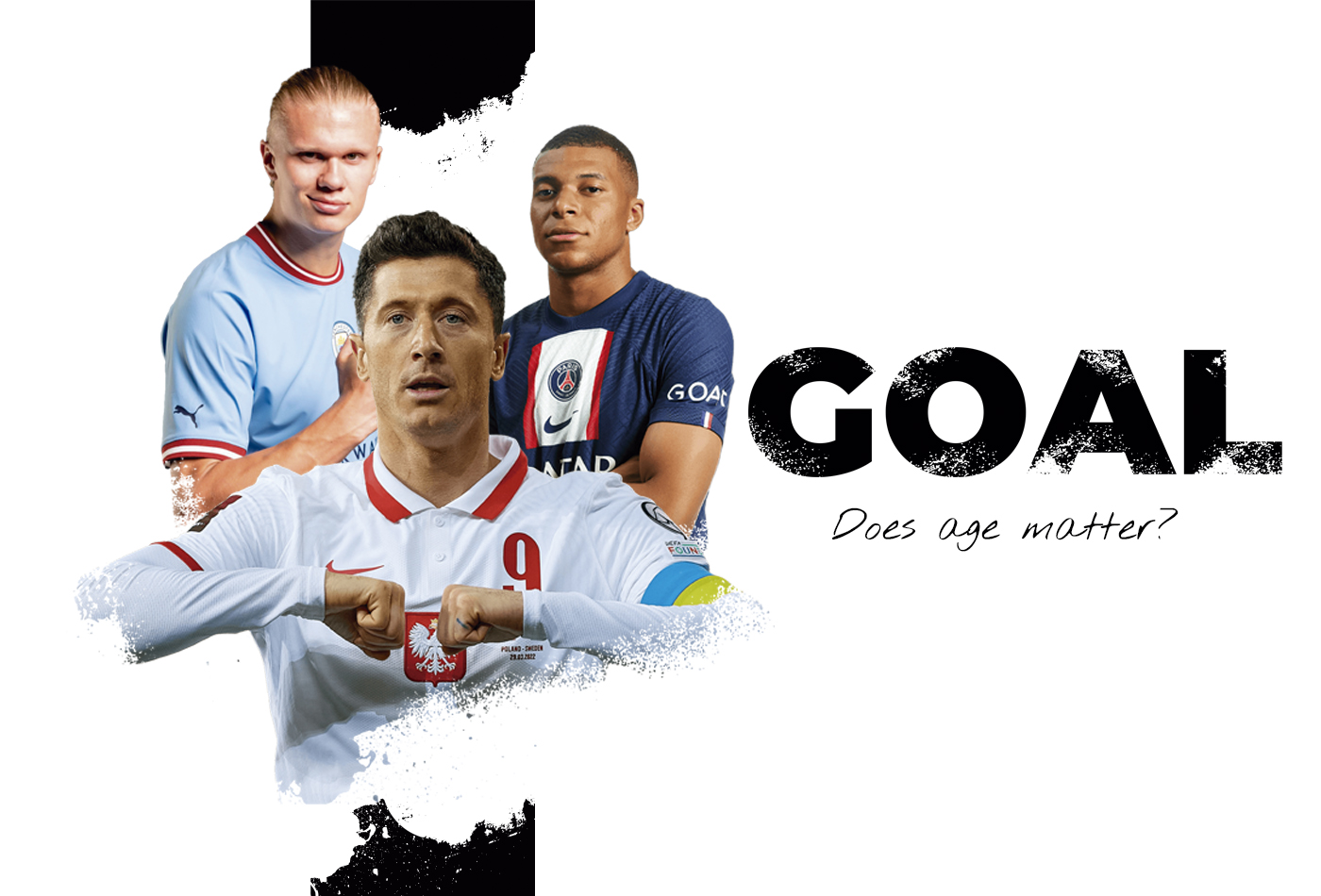 The purpose of this study1 is to take advantage of the break in the national championships to analyse whether there are trends that show that age has an influence when choosing or betting on certain players. To do so, we will study how goals are distributed in the main European leagues, dividing the players by age range and, using different metrics, we will analyse in depth the Top-5 top scorers in each of them.

It seems that what we have been seeing for some years now is already a reality. We are experiencing the end of a process of generational change that has been brewing for several years and which is now clear and evident, players who have been everything in recent years are leaving their place to others who are already the present and the future.

Football is made up of many things, but there is no doubt that football is about goals, and goals are expensive. We have witnessed an unprecedented duel in terms of numbers between the two great strikers of the last decade, Messi and Cristiano Ronaldo, now replaced by the new generation represented by Haaland and Mbappé, but does this mean that the betting on young players is the trend or is there still a place for veteran strikers?

We have seen clear examples that indicate that veterans are still at the top of the football scene, proof of this can be the current Ballon d’Or, Karim Benzema or Robert Lewandowski, but beyond these two great players, what is the current trend in the main European leagues (Premier League, La Liga, Serie A, Bundesliga, Ligue 1 and Primeira Liga)… Is there a greater emphasis on youth or, on the contrary, is there more confidence in experience? Is it a monetary necessity or is there more to it? In short, are young strikers overthrowing the old goal aristocracy?

Now that practically the whole football planet has stopped until after the World Cup in Qatar, it is the right time to analyse all this.

It’ s time to evaluate in detail all aspects of goal scoring, firstly by reviewing the statistics for each league we are going to look at, and then focusing more individually on the strikers.

A total of 2,261 goals have been scored so far across the six leagues, divided as follows:

Looking at these charts, it is worth noticing that the podium of total goals is made up of Ligue 1, which is the league where most goals are scored to date with 19%, with the Bundesliga in second place with 18.6% and the all-powerful Premier League in third place with 17.6%.

We can also see a relevant fact that is not too positive for La Liga, and which is that only the Portuguese league has fewer goals scored than our championship.

If we look at the goal distribution by age range, we can see that players between 25-29 years of age are the top scorers.

What if we focus on looking only at the goals scored by strikers divided by age range in these championships?

We can see that only in Primeira Liga and Ligue 1 the players under 25 are the ones who score the most goals, while in La Liga the opposite happens, it is the only championship where goals from players over 30 predominate, with players between 25-29 years old leading the statistics in Serie A, Bundesliga and Premier League.

Refining a bit more and, now that we have a general idea of total goals per championship and goals scored only by strikers according to their age, I wanted to focus on the Top-5 strikers in each league, since, by measuring the statistics of goals and also minutes played of these players, we will be able to measure the level of real confidence that coaches have in youth or veteran players.

How many shots need to be taken by Top-5 strikers to score a goal… Is there a connection between age and effectiveness?

If we put all the Top-5 strikers in the same context, we visualise the goals scored per 90 minutes.

Shall we compare the top scorers in each age range?

Looking at all the data, we have been able to get a pretty realistic idea of the ages of the strikers in the different leagues divided by age ranges.

The objective data tell us that there is no obvious trend that shows that young strikers are dominating the current scene since, for example, strikers in the age range that can be considered more “optimal” (between 25-29 years), are the most abundant within the Top-5, although if we compare them with the under-25s they are less effective, since the difference in goals between one group and another is not very large despite having a greater number of players and having played more minutes. Strikers from 30 years are less numerous, but it is true that they are the range that play less minutes and their scoring figures are very similar to those of the next higher range (25-29 years), even Lewandowski is the second highest scorer only behind Haaland, although it is clear that like the latter, they are exceptions to the rule.

On the other hand, looking at the data individually by championship we find clear patterns of “behaviour”, for example, the high percentage of young strikers that we see in Primeira Liga and Ligue 1 or in contrast the abundance of strikers from 30 that we see in La Liga.

However, an analysis would have to be made to determine if these decisions are made on the basis of conviction or if, on the contrary, there are factors that make the decision more in the offices than in the benches.

Can the predominance of players under 25 in Primeira Liga and Ligue 1 be due to the need to bet on young talent before it explodes, as it would then be impossible to access these players? (with the exception of PSG) or, is the Premier League betting on more established players due to their economic power that makes them able to access any player at any time? Is La Liga betting more on veterans due to the financial problems of many of its teams?

In short, we can evaluate if strikers of one or another age range play more or less or if some of them are more effective than others, but answering the question of this article, does age matter?, the answer is NO, time goes by for all players, but goals do not understand age.

1 All data shown in this article have been obtained from the website www.fbref.com.
2 Penalty goals are not counted in the effectiveness measurement.