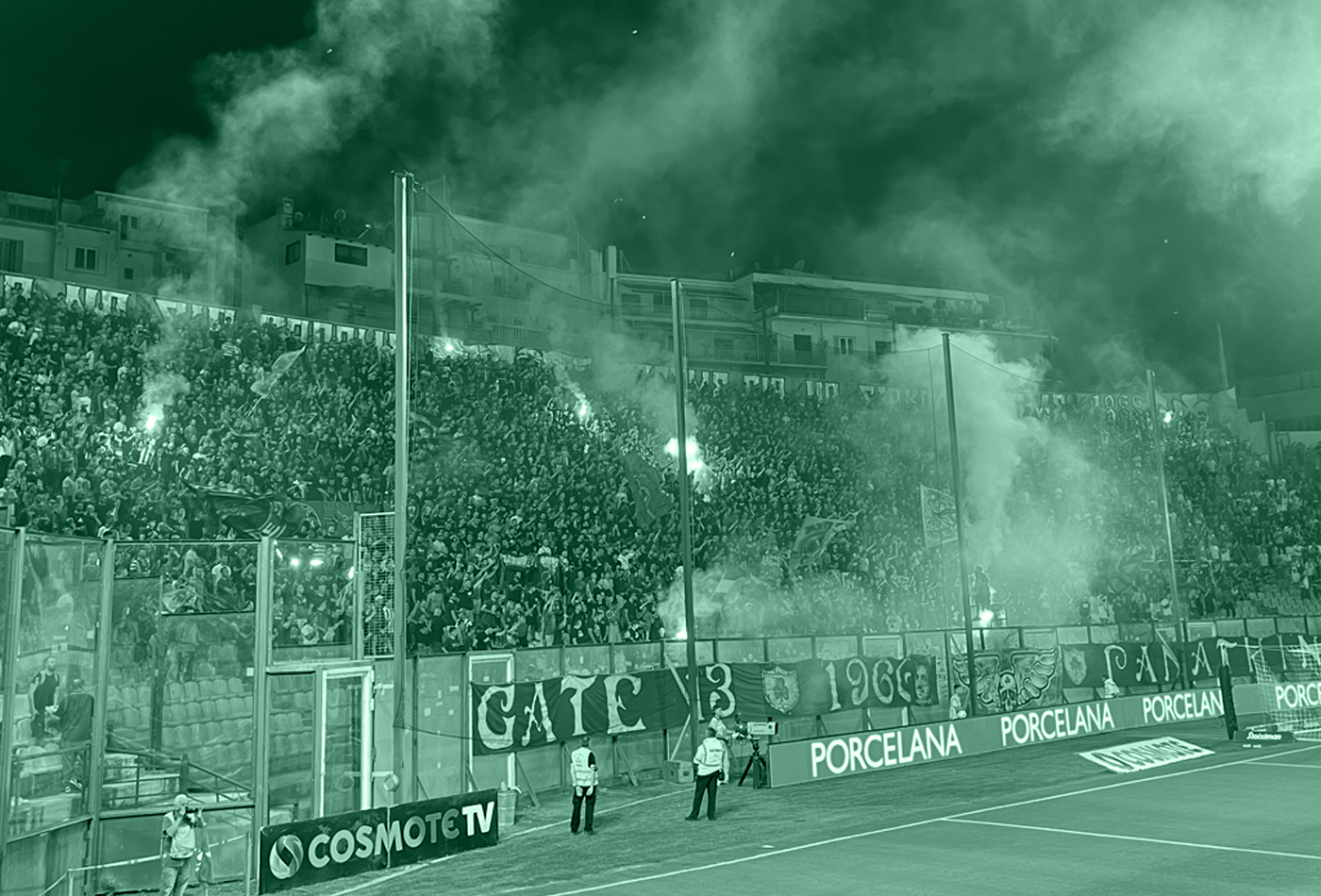 I usually let my memories rest for a while before writing about my new experiences, but this time I couldn’t resist any longer to tell you about my latest adventure.

I’m especially excited because I got to experience first hand a match in a stadium that I thought I wouldn’t get the chance to go there, but once in the city… I had to go out of my way to see a match at the home of one of the most popular clubs in Greece.

As I have told you on other occasions, many times and for various reasons, I feel an affinity for some teams from the beginning. Sometimes, this affinity is easy to explain, for example, because I followed a player I liked a lot and played for that team, because of the history of that club, its values… other times, however, I don’t know how to explain the affinity I feel for certain teams and this is an example.

If we talk about a popular team in Greece, most people would think of Olympiakos Piraeus, the most successful club in the country (especially in the last twenty years), but my weakness has always been its eternal rival, Panathinaikos. That’s why, on this trip around Athens and having the opportunity to attend a match of both teams in any of their stadiums, I didn’t hesitate for a moment, I had to visit the home of the green champion, PAO… I had to see a match at the Apostolos Nikolaidis.

The Leoforos Stadium was renamed Apostolos Nikolaidis in 1981 in honour of the ex-President of the club, also known as the “Patriarch” for his contribution to the club. It has a capacity of 16,000 spectators and has small basketball and volleyball courts, a swimming pool and a boxing arena under its stands.

It was the most advanced stadium of its time, being the first to have a wooden stand in the whole of Greek football (1928) and the first covered stand (1933), and it was also a pioneer in the installation of lighting.

I enjoyed very much doing my particular tour around the stadium, a stadium that nowadays would pass for something decadent compared to the big stadiums of the powerful European leagues, but with all its graffiti gives it personality and creates the sensation of visiting a unique place.

Gate 13 of the stadium is particularly attractive. This gate is the one that gives access to the back stand where the PAO’s strongest supporters, called Gate 13, the oldest supporters’ union in Greece.

This time I was not satisfied with just buying the team scarf, as I always do, this time, and driven by my euphoric state, the first thing I did was going to the official club shop and buying the shirt… with my name on the back!

Moreover, thanks to the shirt with my name on it, I had the opportunity to talk to more than one fan who wondered (and now they were asking me) who was this Diego that they didn’t know.

The Panathinaikos fans are vibrant, full of energy and passion, that’s something that any football fan knows, but it’s something you have to experience to understand.

Even with a weak opponent like Levadiakos, the stadium stands were practically full and what to say about the stand where Gate 13 is situated… simply amazing, chanting non-stop since before the start of the match and welcoming their fans with the shout of “PAO! PAO! while more and more flares were lit.

The only negative is that in almost all areas of the stadium there is a partition dividing the pitch and the stands (I was lucky and got my ticket in a free area), but in the Greek league there have been enough incidents that these partitions are not removed.

The match itself was not much of a spectacle, Panathinaikos won 1-0, but for me the result was the least important thing, I was living a great moment, a dream, and I was fully identified with the green fans.

With the night closed in, I ended up at the end of the match feeling a little melancholy, but full of illusion. My adventure at Apostolos Nikolaidis was over, but the Athenian night was beginning.