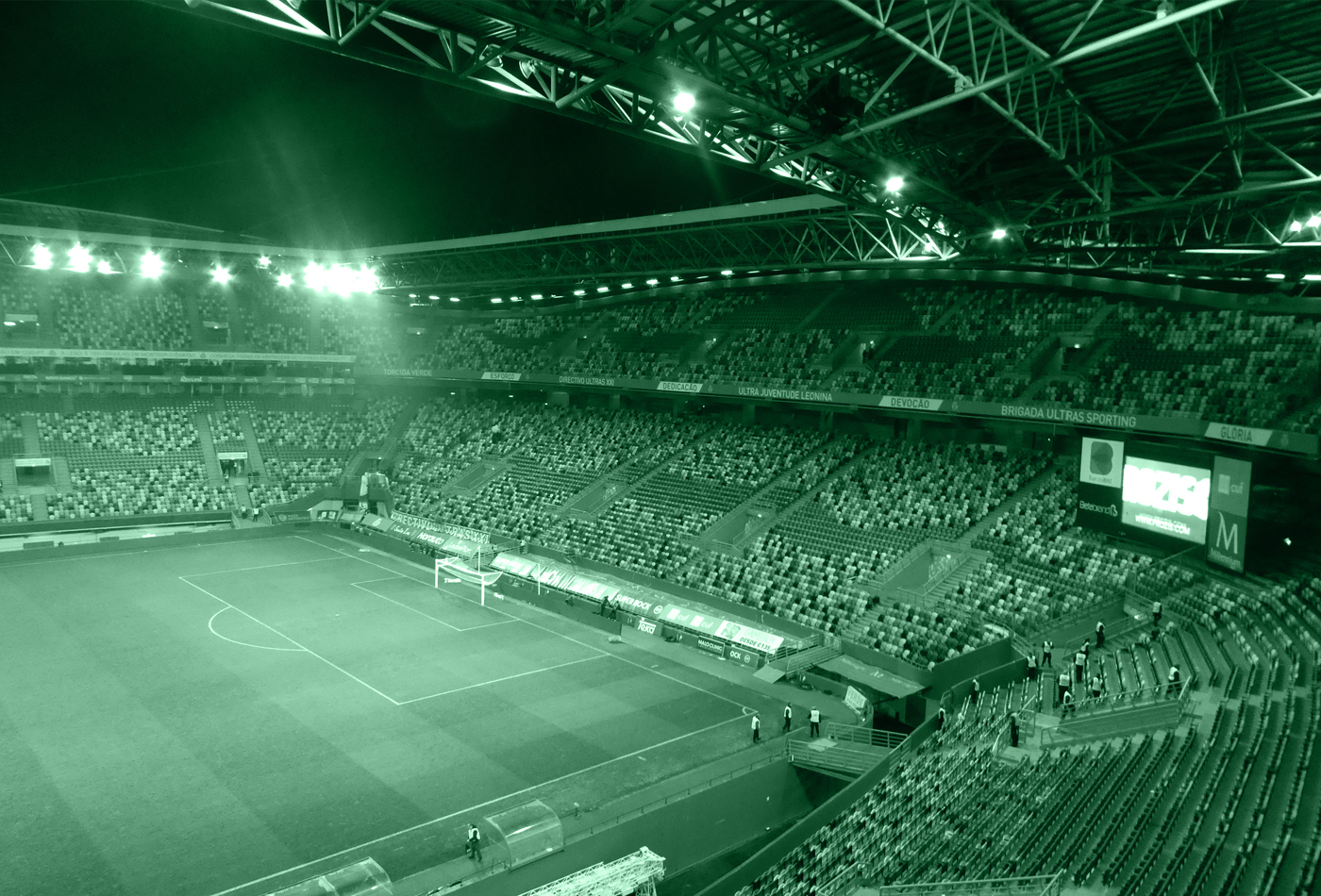 There’s always a good reason to visit the multicultural Lisbon, whether it’s for its food, its people… or its football.

As a lover of Portugal, I couldn’t pass up the chance to visit one of the most beautiful stadiums in Europe and home of one of the most important teams in the country, Sporting Clube da Portugal. I am, of course, talking about the José Alvalade stadium.

When we talk about the José Alvalade we should really refer to it as the new José Alvalade, as the stadium was demolished and rebuilt on the same place for the EURO held in Portugal in 2004.

Inaugurated on the 6th of August 2003, it is the third largest stadium in Portugal with a capacity of 50.000 spectators, only behind the Estadio Do Dragão and the Estadio Da Luz.

As a curiosity, I was watching the inaugural match of the stadium on TV. Sporting and Manchester United were playing against each other (with a 3-1 victory) but I, not being aware of the reason for the match, was only impressed by the great game being played by a cheeky young player who was doing nothing more than dribbling and driving all the defenders crazy. His name: Cristiano Ronaldo.

Well, Sporting Clube is my team in Portugal and I guess this comes from their tradition of training talented players in their youth academy, players like Luis Figo, Ricardo Quaresma, Moutinho or the previously mentioned Cristiano Ronaldo.

Although on this occasion the reason for my trip to Lisbon was not strictly football-related, I knew that there was a match at the Alvalade that weekend, so I managed to fit everything in and set off for the stadium.

The match I was about to witness was, a priori, not very flashy in terms of clubs. The opponent was Chaves, a team in the lower-middle of the table at the time, but it didn’t matter, as I often say, there is no bad match, when you least expect it, you can enjoy a good show.

Getting to the stadium from the city is very easy as you have a direct underground line, so once I arrived, I tried to do a tour around the stadium to see its details and take pictures, but this time, the tour had to be quicker than usual because the day was rainy, but even so, I could admire the façade of the stadium and its striking colours that form it in the shape of tiles (very typical Portuguese).

The match was scheduled as the last one of the day so I knew that I had to play at night and although you can also see the surroundings well at that time, I must say that it detracts a little because you can’t see all those coloured tiles that I mentioned before.

Luckily, I had already seen the outside of the stadium on my previous visit to Lisbon, but if you are going to a match for the first time, I recommend that if you are also going to a match at night, you should go with enough time to see the surrounding area in the sunlight first.

Once inside the stadium, the first thing that strikes you is that all the seats have the same colour as the tiles on the façade. A melting pot of colours that performs two functions, the first is obviously an esthetical function, but the second is perhaps more important and, with all these colourful seats, the sensation of emptiness is mitigated when the stadium is not at full capacity.

Having taken all the photos of the stadium from all perspectives, I can only tell you a little about the match.

As I said before, you never know when a match that at first you think has little history can later turn out to be a great spectacle and this match was a clear example of that, a match that in theory Sporting should have won easily, they had to resolve it at the end 2-1 with a double from the Dutch giant Bas Dost and, as they say, asking the referee to blow the whistle for the end of the match.

Very happy for the unexpectedly good match I was able to see and even happier to visit one of the stadiums of my teams, but yes, the next time I come I will try to make it for the Derby da Capital.