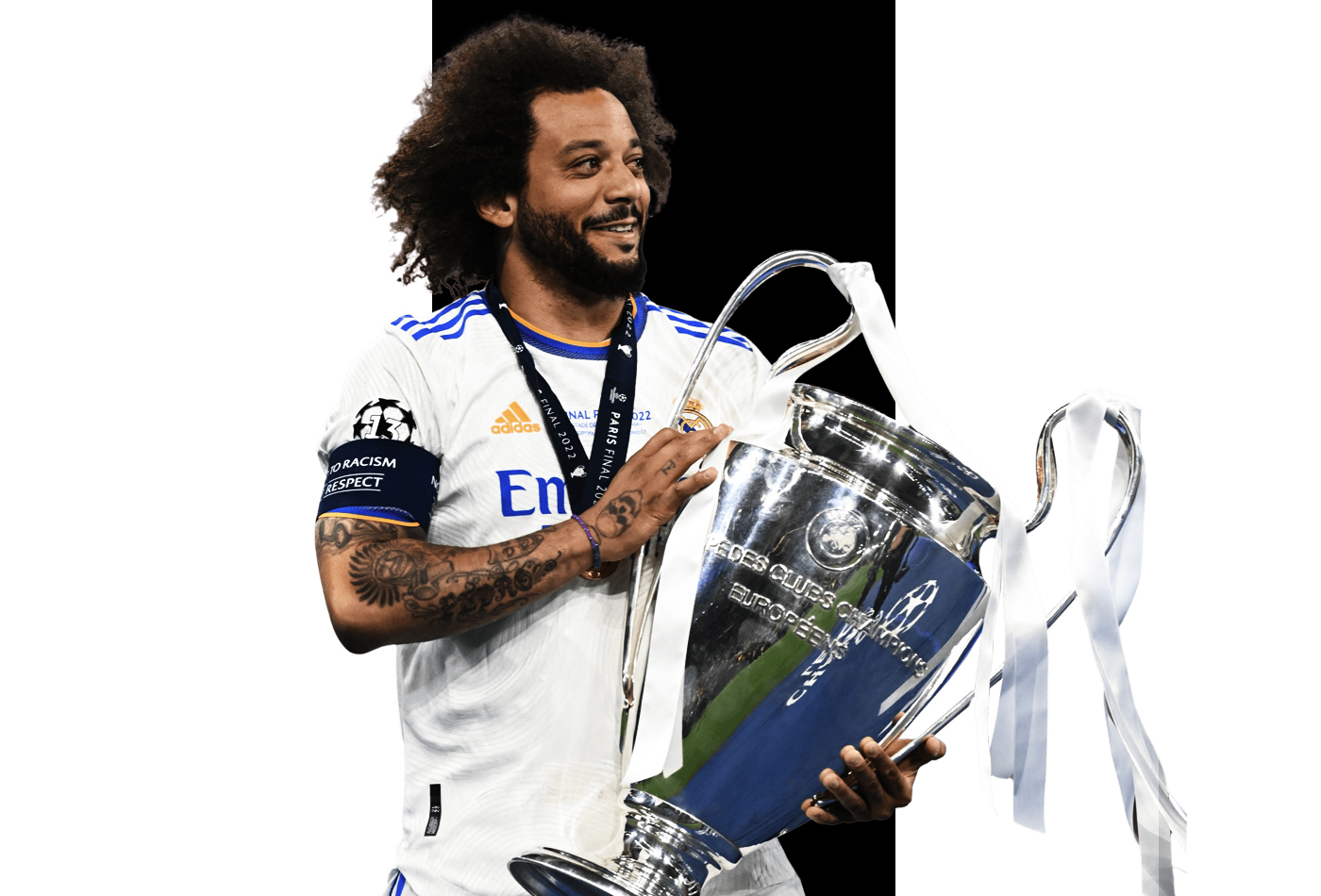 The best left-back in the history of Real Madrid (with the permission of Roberto Carlos) has said goodbye to the club of his life after sixteen seasons and a collection of titles only at the level of the greatest.

In the 2006 winter transfer window, Real Madrid’s football management, led by the hero of the Seventh, Pedja Mijatovic, brought in in a single move three young South American players, Fernando Gago, Gonzalo Higuaín and Marcelo Vieira, who were destined to make their mark on the Madrid side for many years to come.

Succeeding at Real Madrid is not for everyone, and there are many factors that intervene and make a player “worth” or not “worth” to face the pressure that comes with wearing the white shirt, just ask Gago and Pipita Higuaín, who, coming from the two great Argentinian teams, Boca Juniors and River Plate, brought the responsibility of being the future, but at the same time, also being the present, and while Higuaín managed to have a more than worthy career at Real Madrid, scoring more than 100 goals in six seasons, Gago was a real flop, accumulating injuries and little involvement when he was healthy.

Fate, always capricious, had in mind Marcelo, the youngest and least known, the eternal glory.

Coming to Madrid from Fluminense and carrying the tag of “substitute” of Roberto Carlos – big words – a beardless and smiling Marcelo arrived in Madrid without knowing exactly what to expect. There was much speculation about whether to keep him in the first team in the shadow of Roberto Carlos or to loan him out to a team where he could develop his skills and earn quality minutes before returning more “done”.

But the devil knows best, and it was Roberto Carlos himself who recommended to the president of Real Madrid at the time, Ramón Calderón, that Marcelo should stay at Real Madrid.

Said and done, Marcelo began his adventure as a Real Madrid player on the 7th of January 2007 against Deportivo de la Coruña at the Riazor stadium.

These first six months were hard for the player, as it is well known that Madrid coach Fabio Capello was no friend of the Brazilian’s a bit anarchic play.

Marcelo has always been characterised by his tendency to move up the flank to join the attack and often, especially in his early years, he left his place in defence somewhat unguarded and, because of this, he even went through periods in which his lively football led to a change of position, moving from wing-back to winger.

Year after year Marcelo consolidated his position in the team, gaining more and more prominence, returning to his original position and becoming one of the best left-backs in the world, surpassing his idol and predecessor Roberto Carlos.

Actually, this is very subjective, it’s very difficult to say which of the two has left a bigger mark on the history of Real Madrid. Roberto Carlos changed people’s idea of a left-back, he went up and down the flank with unparalleled power, as well as his impressive shooting. Marcelo, on the other hand, has been pure magic, technically gifted… Who has been better…? Impossible to say.

In the end, time passes for everyone, and from the 2018-2019 season his prominence on the pitch gradually declines and in the end, after sixteen seasons in the first team, the journey that began on that 7th of December 2007 at the Riazor stadium ended on the 28th of May 2022 at the Stade de France lifting, as captain of the team, the fourteenth Champions League for Real Madrid.

There are stories that deserve to be remembered, and Marcelo’s journey is one of them… the boy with the eternal smile who became the man with the most titles in Real Madrid’s history.