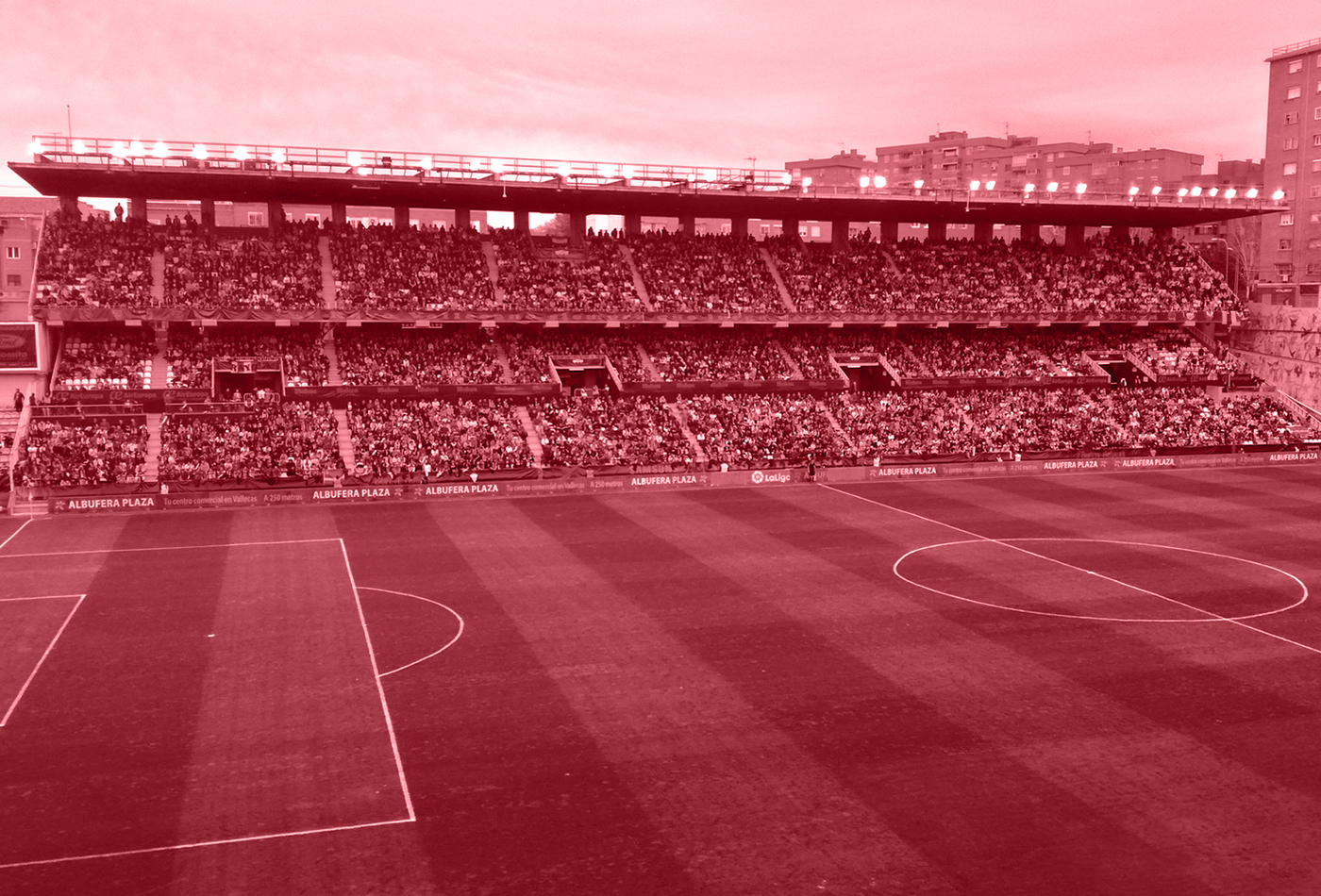 Located in the southeast of the city, away from the glamour and attention of the big teams of the capital, we find one of the most peculiar clubs not only in Madrid, but in the whole of Spain, Rayo Vallecano.

The Vallecas stadium (previously known as the Teresa Rivero stadium, in honour of the former president of the club for 17 years) is by far the smallest stadium with a capacity of 14,505 spectators.

It was built to be the home of the now extinct Racing Club de Madrid under the name of Estadio Puente de Vallecas and was inaugurated on the 19th of March 1930 in a match between the amateur teams of Racing de Madrid and Real Madrid.

During the civil war, the Vallecas stadium ceased to host sporting events and became a concentration camp for Republican prisoners.

After the war, and due to the state in which the Metropolitano stadium was left, Atlético Aviación played its First Division matches there between 1940 and 1943. Nowadays, attending a Rayo Vallecano match is quite a spectacle, as it is located on the main artery of the neighbourhood, Avenida de la Albufera, where all the fans can gather to cheer on the team in the preliminaries of match days.

I also recommend taking a route to see the graffiti on the walls, where the Vallecan fans, always close to their team and their players, transmit their values through them. A good example is the mural tribute to Wilfred Agbonavbare, sadly deceased, but never forgotten by a neighbourhood and a team that adores him.

Once inside the stadium the first thing that catches the eye is the absence of the North End, instead there is only a wall with the slogan Courage and Nobility behind the goal and the tall buildings on Teniente Muñoz Díaz street making their balconies part of the stands as people follow the matches from their own homes.

At the start of the matches, the teams leave the tunnel through the South End, where they are greeted by the team’s most unconditional fans, the Bukaneros, who turn the stadium into a cauldron.

As a curious fact, in 2011 the Vallecas Stadium lost the dubious honour of being the only professional football stadium in which the dangerous fences separating the stands of the stadium had not yet been removed.

Apart from purely sporting events, the Vallecas stadium has been visited by great artists and music groups who have performed concerts there, such as Leño, Miguel Ríos, Barricada or the internationals Bob Dylan, Metallica or Queen.

Vallecas is a working class neighbourhood proud of itself, aware of many social causes and one of the first teams to create a women’s section. Rayo Vallecano is close to its people and is proud of its values, which is why experiencing a match in its small but noisy stadium with only three stands is such an adventure.