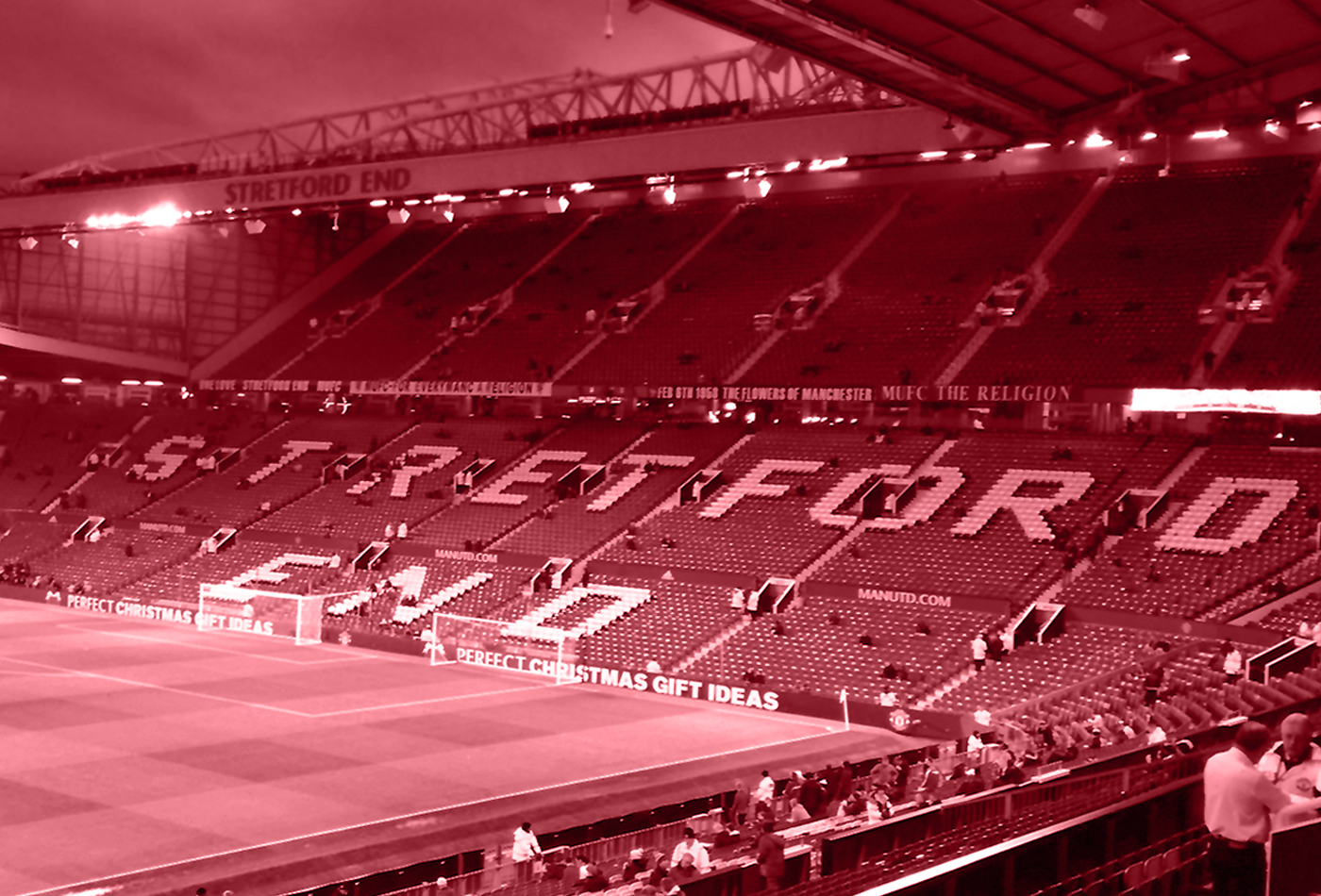 For this first post about football stadiums we are going to move to Manchester, in the northwest of England, to talk about Old Trafford, the stadium of one of the most important clubs in Europe, Manchester United.

Old Trafford is the second largest stadium (76,000 spectators) in the UK after Wembley (90, 000 spectators) and apart from the Manchester United matches, it has hosted matches of the English National Football Team, it has hosted the Rugby World Cup, the 1966 World Cup and the 1996 European Championship, both of which were held in England, as well as being the venue for the 2003 UEFA Champions League final between Juventus and A.C. Milan (Milan would win their 6th Champions League in the penalty shoot-out).

Ever since I was a child I have always been fascinated by the name of Old Trafford as whenever I heard the football broadcasters talk about it they did so with such admiration and told so many and so many stories that it was impossible for me not to immerse myself in the mystique that has always accompanied everything about British football culture, such as stadiums, shirts, players, etc.

I remember that the first time I heard about Old Trafford was in one of those broadcasts that I tell you about how extremely difficult it is for any team to win there. Those announcers used words like “The cauldron of the Red Devils” or “The theatre of dreams” – a nickname that is still linked to Old Trafford since Bobby Charlton named it – and to me all those words only increased my curiosity and admiration.

A lot of time went by until a couple of years ago when I decided it was time to settle that account, it was time to visit Old Trafford, so I bought my shirt and set off to Manchester to see a Premier League match between Manchester United and Newcastle.

A very important thing to keep in mind if you want to see and appreciate a football stadium in all its dimensions is to arrive well in advance, and it is always special to enjoy the atmosphere before the game. The first thing I saw was the view of Old Trafford from the corner of Sir Alex Ferguson’s stand and the East End stand, where there is an iconic glass window with the “Manchester United” sign and the United Trinity, the statue commemorating three of the most important players in United’s history: George Best, Denis Law and Bobby Charlton… You should not miss the opportunity to have your picture taken in this area.

Here you will also find murals of other red devils, such as Cantona, Rooney, Cristiano Ronaldo… and continuing beyond, you will reach the Stretford End stand, where the clock and plaque commemorating the air disaster that occurred on February 6, 1958 are located. On that fateful day, the Manchester United team was returning from playing the quarter-final match of the European Cup in Belgrade, stopping to refuel in Munich and crashing on the ground near the airport as the plane took off. Twenty-three people in total lost their lives, including eight footballers and three Manchester United staff members. That team was known as the Busby Babes.

Once the tour is done, it’s time to get my strength back… a fish & chip and a pint make me feel ready to go into the stadium and once I’m inside, all that’s left is to enjoy the encounter and the atmosphere of football that is breathed in every Premier League game: always full stadiums and non-stop animation.

At the end of the match, United won and now I can always say that I have seen a play in the theatre… The Theatre of Dreams.