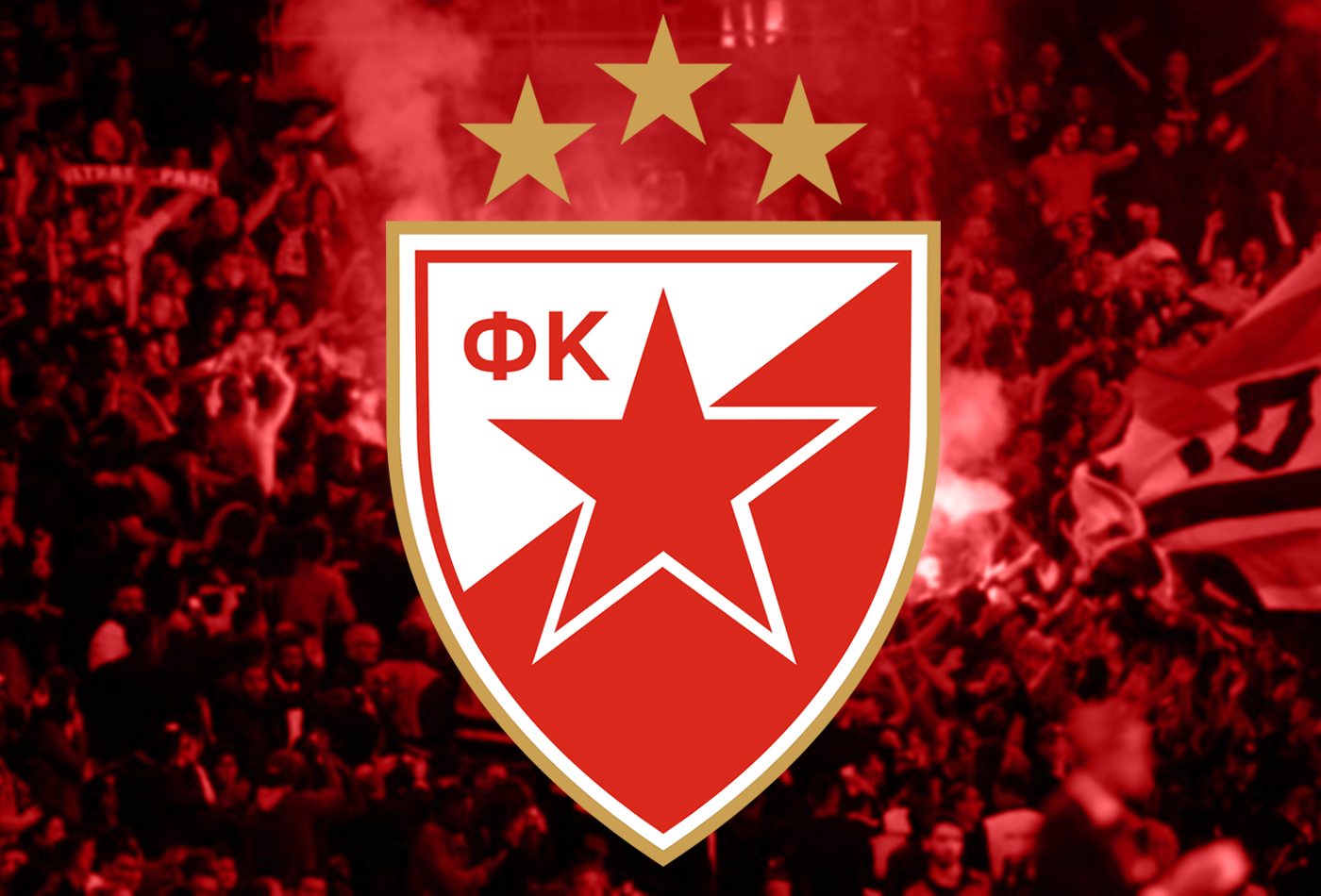 In the previous post I published where I talked about Old Trafford I mentioned a plaque and a watch that commemorates a sad event that happened on the return from a match against Red Star and so, to begin this section I thought it was a good idea to talk about this club that touched glory and hell in the 90s.

It is the most successful team in Serbia at the national level with 30 leagues and 24 cups and of course at the international level, being the only team from Eastern Europe that has managed to win the European Cup and the Intercontinental Cup.

The Red Star, or Crvena Zvezda in Serbian, was founded in 1945 by members of the Youth Society of Physical Culture, which had emerged from the Anti-Fascist Youth League community in Serbia during World War II. When the war ended, this newly formed team was fed by the staff and facilities of another club, SK Jugoslavija, which was dissolved after it was accused of sympathising with Nazism by continuing to play matches during the war.

The European history of the Red Star begins in the season 1957-1958 (third edition of the European Cup) where he would make his debut against the Dutch Rapid JC Heerlen (later to become the Roda JC Kerkrade), CDNA Sofia (now CSKA Sofia) and reaching the semi-finals where he was eliminated by the Fiorentina. Not bad for a debutant.

In the following European season, Red Star faced Luxembourg’s Stade Dudelange in the pre-qualifying round, winning both matches 5-0 and 9-1 to advance to the competition.

Then, the round of sixteen was very hard fought against the Swedes of IFK Norrköping (2-2 in Sweden and 2-1 in Belgrade) to reach the quarterfinals where the famous Busby Babes, the most talented generation in the history of British football, were waiting for them. The round was also very close, Manchester won the first match in England 2-1 leaving everything to be resolved for the return match in Belgrade. Knowing what would happen only one day later, one could say that the match was a great tribute to that generation of the Busby Babes, Bobby Charlton would score 2 goals in a first half in which Manchester went to the dressing room with a 3-0 lead but a great reaction from the Red Star players made the match 3-3 in the 58th minute. Thirty minutes still for hope, but the result would not change and the English team would reach the semi-finals. On their way back to England, the team’s plane crashed at Munich airport. Twenty-three people died, including eight players from Manchester United, including Duncan Edwards, who experts say was the best British footballer ever.

In the late 60s and early 70s a new generation of Red Star players was growing up under coach Miljan Miljanić. Before coming to Spain to coach Real Madrid, he left Belgrade with, among other titles, 4 leagues and 3 cups.

In the 1970s, Red Star would reach its first European final, it happened in the 1978-1979 season and the competition was the UEFA Cup. It was a very difficult competition with double matches in all its rounds and in which they had to successively eliminate the Dynamo of Berlin in the thirties, Sporting Gijón in the sixteenths, Arsenal in the eighths, West Bromwich Albion in the fourths and Hertha Berlin in the semi-finals to reach the final against another German team, Borussia Mönchengladbach. The first match was played in Belgrade, Marakana and his then 87,000 spectators were waiting for the German giant, but bad luck lined up for Red Star, as an own goal in the 1-0 match made the final score 1-1. In the return match, the Golden Ball in 1977, Allan Simonsen (who would later also arrive in Spain to play for F.C. Barcelona) would prove decisive by scoring the winning goal for the German team.

Red Star’s best years would come between 1988 and 1992 when they would win 4 league championships, the European Cup and the Intercontinental Cup.

It was the year 1991 when the Red Star conquered Europe, they would win the European Cup without losing a single match. In the first round they eliminated the Swiss Grashoppers, coached by the great German coach Ottmar Hitzfeld, in the second round they eliminated Rangers (3-0 and 1-1 in Scotland), in the quarterfinals Dynamo Dresden (3-0 and 0-3), in the semi-finals Bayern München (1-2 and 2-2) and they reached the final to face Olympique de Marseille, a team whith players like Boli, Abédi Pelé (three times African Golden Ball) and Jean-Pierre Papin (European Golden Ball and top scorer of that edition of the European Cup). It was on 29 May 1991 in the San Nicola stadium in Bari that the Red Star would win the last European Cup on penalties before it changed format to the Champions League. The 20,000 Red Star fans in the stadium and the millions throughout Serbia still remember the last and final penalty kicked by Darko Pančev (Golden Boot in 1991) that brought them glory.

To close the circle, on December 8, 1991 at the National Stadium in Tokyo, Red Star as European champions, faced Chilean Colo-Colo as Copa Libertadores champions in the final of the Intercontinental Cup. Red Star would lift the trophy by winning the match 3-0 despite playing the entire second half of the match with one man less for the expulsion of Savićević in the 43rd minute of the first half. The glory of that match would be taken by the youngest player of the team, Vladimir Jugović, scoring two of the three goals (the other one would be scored by Darko Pančev).

A team of legend quickly dismembered because of the Balkan war, a team with names like Miodrag Belodedici, Siniša Mihajlović, Vladimir Jugović, Darko Pančev, Dejan Savićević or Robert Prosinečki, perhaps the player who had the worst career in terms of achievements, since after winning the European Cup came to Real Madrid as a big star but due to his continuous injuries and lack of adaptation never became the player he promised.

Today, it is very difficult to think that in the near future any team from Eastern Europe will achieve these same feats, so until that day comes, the Red Star will remain in the history books.