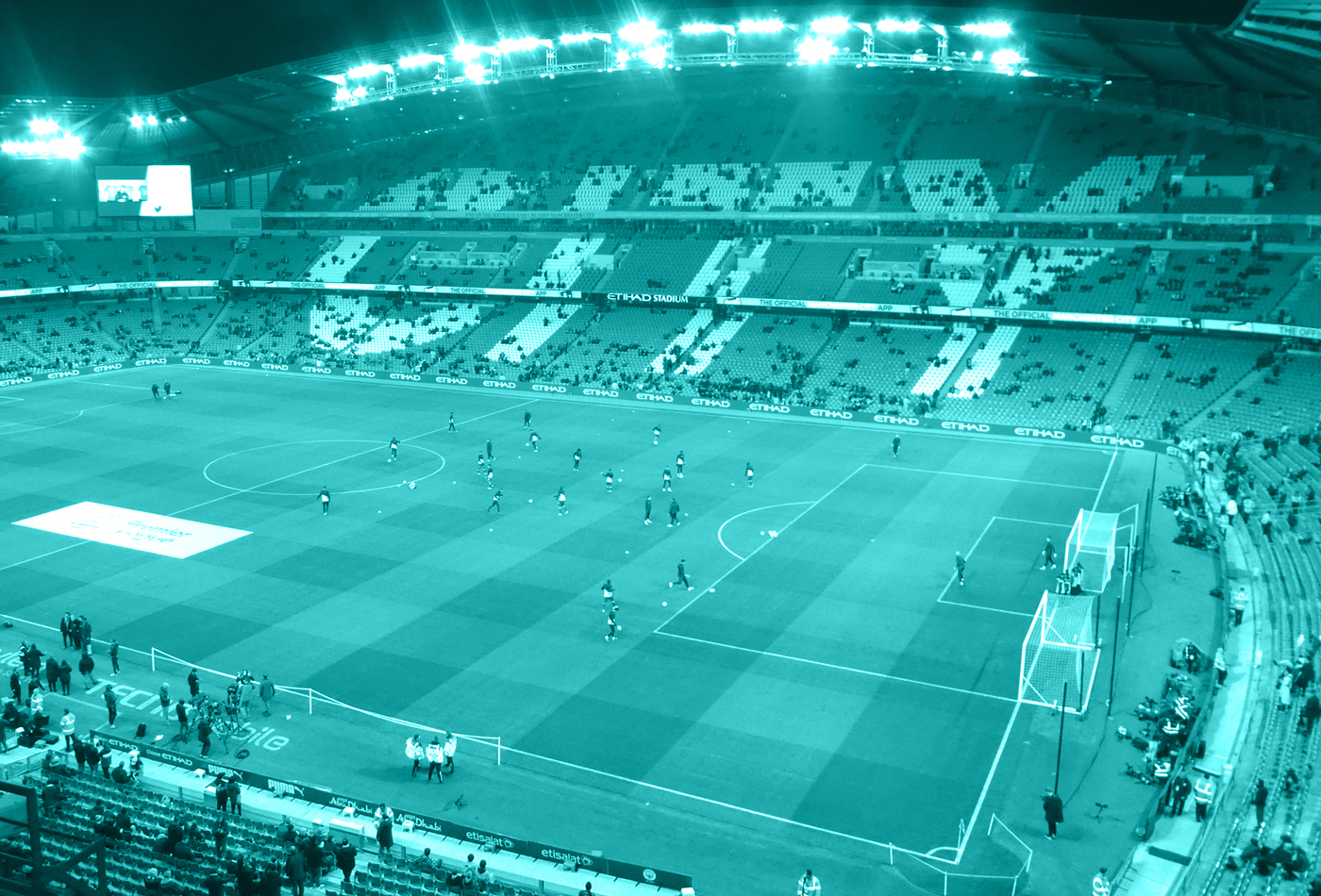 New post about stadiums and, taking advantage of the fact that we started this section talking about Old Trafford, we are going to continue in Manchester, but this time to talk about the Etihad Stadium, the stadium of the neighbouring Manchester City.

It is a relatively modern stadium, it was opened for the Commonwealth games in 2002 and it was after this, for the 2003-2004 season, that Manchester City would leave their old Main Road stadium to move here (under the name “City of Manchester”). With a capacity of just over 55,000 spectators, it is the sixth largest stadium in England behind Wembley, Old Trafford, Tottenham Hotspur Stadium, Emirates Stadium and the National Stadium in London.

As a curious fact, the first game played in this stadium was a friendly match in August 2003 between Manchester City and F. C. Barcelona, with a 2-1 local victory, and the scorer of the first goal in this stadium was… Nicolas Anelka, the French globetrotter who was in the Citizens’ ranks that year.

The Etihad is a stadium with a very striking architecture. The roof of the stadium is supported by steel cables that are attached to eight towers that provide access to the upper stands by means of ramps, in the style of the access towers in the Giusseppe Meazza and Santiago Bernabéu stadiums. In my opinion, it looks bigger on the outside than it really is, yet it is a perfect stadium to enjoy a football match even from the last grandstand.

I visited the Etihad Stadium on my first trip to Manchester, at the same time as Old Trafford, but in that case I could only see it from the outside, so when I had the opportunity to attend a match I didn’t think about it, I set off again for Manchester to see this time, a Premier League City-Chelsea.

As expected, I arrived at the stadium well in advance to enjoy the atmosphere around the stadium. Once you arrive at the area that delimits the closed area of the stadium on match day you can’t go back, although don’t worry, inside you will find everything you might need, the official club shop, vendors with merchandising, food and drink stands, etc.

After taking the relevant photos and buying the scarf for my collection, I went to the Colin Bell Stand, the grandstand where my seat was located, to enjoy the interior of the pitch before the start of the match.