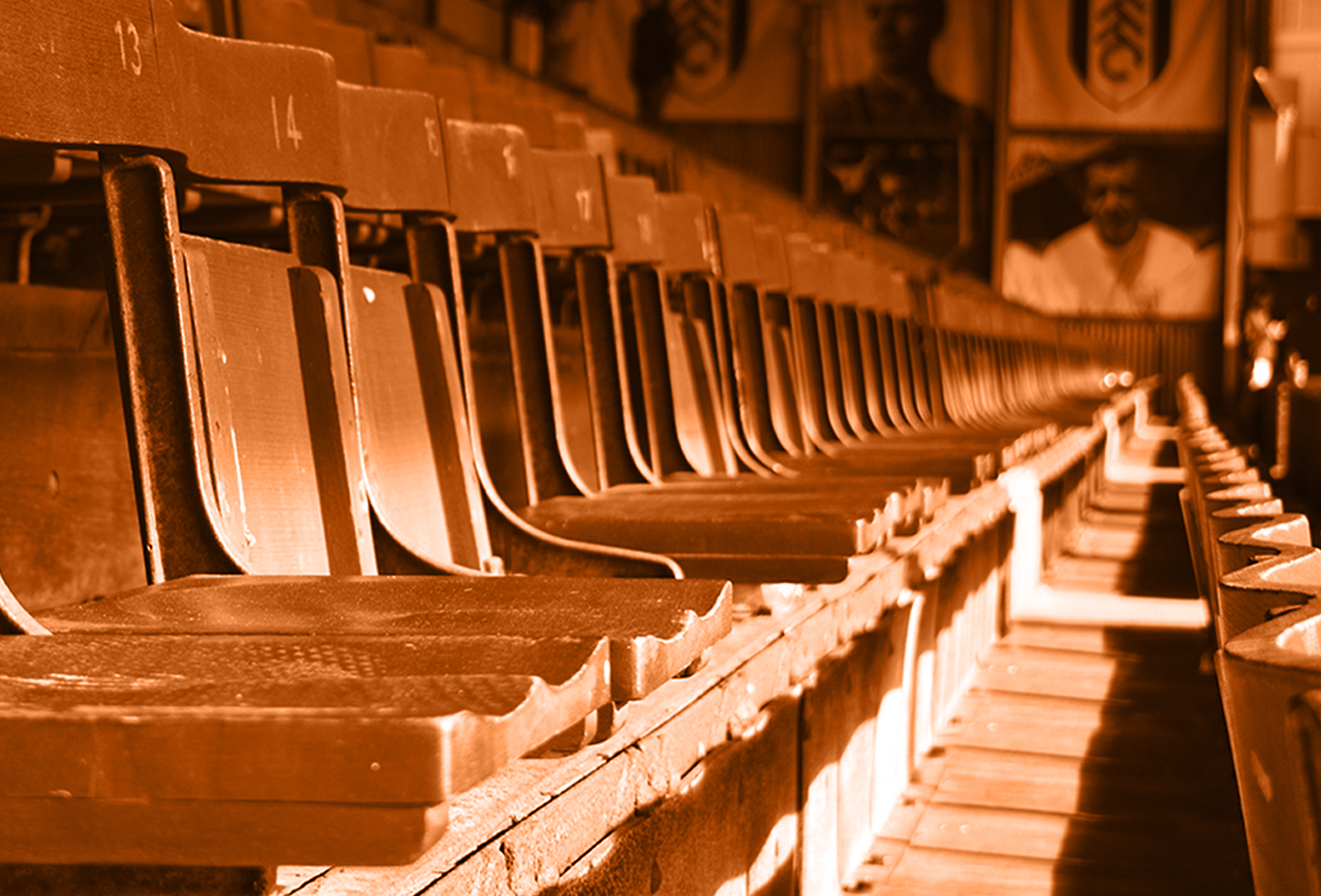 Lovers of British football are in luck because one of London’s classic teams, Fulham, has returned to the Premier League one year after being relegated in the 2018-2019 season.

If something characterizes this club is its stadium, Craven Cottage, an architectural jewel from another age, specifically from 1896, when it was inaugurated in a match between Fulham and Minerva with a score of 4-0.

The stadium is located on the former grounds of Baron Craven’s country house, where prestigious figures of the time stayed and it was even rumoured that Queen Victoria herself used it on occasion.

At first the stadium did not have any stands and so the famous architect Archibald Leitch was hired, who is responsible for other illustrious British stadiums such as Highbury, Celtic Park, Ibrox Park, Anfield, Hampden Park or the old White Hart Lane among many others.

Craven Cottage has two main features: the Pavilion which is located in the corner where the players come out onto the pitch (the changing rooms are inside this pavilion) and its main stand (now called the Johnny Haynes Stand in honour of the man considered to be the best Fulham player has ever had). This grandstand is tremendously special, as it still has many wooden seats, which are the heritage of London, as well as the pavilion, and any modifications that would be made to them would have to be approved by the London authorities.

But the Johnny Haynes Stand is not only spectacular on the inside, its façade, in the style of Ibrox Park in Glasgow, is a real beauty, you would never really say that it is a football stadium if it does not give the impression of being the façade of a factory with its characteristic red bricks.

Another reason why Craven Cottage is remembered has to do with the stand overlooking the River Thames, the Riverside Stand. Before its last renovation you could see the famous Oxford-Cambridge race passing by and when this happened, all the fans would turn around to see the sailors pass by. Today this no longer happens, but it will always remain a curious fact.

Today the Riverside Stand has been completely demolished and is being built again with more capacity, a work that will last two years and that, particularly, I don’t like, since it is taking away a piece of history from this small temple, but you know, bussines is bussines, and at the end, the clubs are always looking for new methods of bringing in money, even if sometimes it is at the cost of losing some of your signs of identity.

I don’t want to miss this opportunity to mention two pieces of information that are as relevant as they are incidental. As I mentioned earlier, the pavilion serves as a dressing room, but not because this was its function from the beginning, but because, although it may seem impossible, the architect Archibald Leitch did not take into account the construction of the dressing rooms in his design.

The other very curious fact has to do with the date of foundation of the club that is written on one of the shields that you can see on the main façade of the stadium, and is that while the shield can read 1980, Fulham was actually founded in 1979.

Now that I have told you some curiosities and a little bit of history about this stadium, I will go on to tell you about my experiences in it.

I’m very lucky to have attended two matches at Craven Cottage, and one of them was my first meeting on British soil, and I am convinced that I could not have chosen a better venue. Watching a match at Craven Cottage is like moving to another time where football was lived in a different way, more romantic and purist.

The stadium is located in South West London and is best reached by underground. It is advisable to take a walk around it, it is a beauty and besides, you also have Chelsea’s stadium, Stamford Bridge, at a short distance in case you want to go and see it too.

My first match at Craven Cottage was on the last fixture of Championship in the 2015-2016 season, and the rival was the also classic (nowadays almost disappeared and stressed by the debts) Bolton Wanderers.

Due to my inexperience, it took me a long time to get to Craven Cottage, or to put it another way, I got lost and arrived at the stadium just in time and had to enter the game as soon as I arrived, but if I remember anything it was the noise of the fans resounding in the air and how it grew as I got closer, this made my excitement grow and I walked faster and faster until I finally arrived and I was able to get inside the stadium.

Once inside, I quickly went to my seat in the first row of the Johnny Haynes Stand and already at that moment I was able to catch my breath (I must say that day in London was very sunny and hot and between the excitement and the vicissitudes I had to go through to get to the stadium, I was breathless).

The match, despite the fact that neither team was playing anything – Fulham got the mathematical salvation shortly before and Bolton were already relegated – the atmosphere at Craven Cottage was great, with the sign “no tickets” hanging up. Can you imagine what it would be like in a Spanish league match in those circumstances playing the last day with the local team installed in the twentieth position of the table without playing anything and with the rival team already relegated? Well, I think that here the attendance to the stadium would have been almost null, and suddenly I found myself with a full stadium and with a few thousands of Bolton fans who did not stop cheering their team until the end of the match, and I emphasize again that the Bolton was already relegated and the distance between London and Bolton is about 350 km. Impressive.

The match ended with Fulham winning 1-0 and at the end of the game I was able to do what I didn’t have time for at the beginning. I waited for people to leave the stadium to be able to admire this football sanctuary, to be able to see and feel the wooden seats, to observe the pitch through the pillars, in short, to let myself be carried away by the mystique of the environment I was in.

After the stadium stewards invited me to finish my photo session, very kindly, I went outside the stadium to look at the brick façade of the Johnny Haynes Stand and have a look at the official club shop to buy the scarf for my collection.

As I mentioned earlier, Chelsea’s Stamford Bridge stadium is very close to Craven Cottage, so after taking a few more photos, I finished my match day by visiting the Blue’s house.

Two years passed from my first experience until I was able to return to Craven Cottage, and many things changed in between, although some things did not. This time Fulham were in Premier League, the opponent was Cardiff City and I, already with more experience, managed to get to the match well in advance, I was able to enjoy the pre-match atmosphere, take my photos and get inside in time to have a pint before the kick-off. Amongst the things that didn’t change: the stadium was packed, as always, the fans were great again, I sat in the first row of the Johnny Haynes Stand again and the result was again 1-0 in favour of Fulham.

Now that Fulham have returned to the Premier League, where they deserve to be, I hope I can return to Craven Cottage as soon as possible (provided these difficult times at COVID-19 allow us to do so) because since my first match there, I consider myself just another Cottager.

One thought on “Craven Cottage”