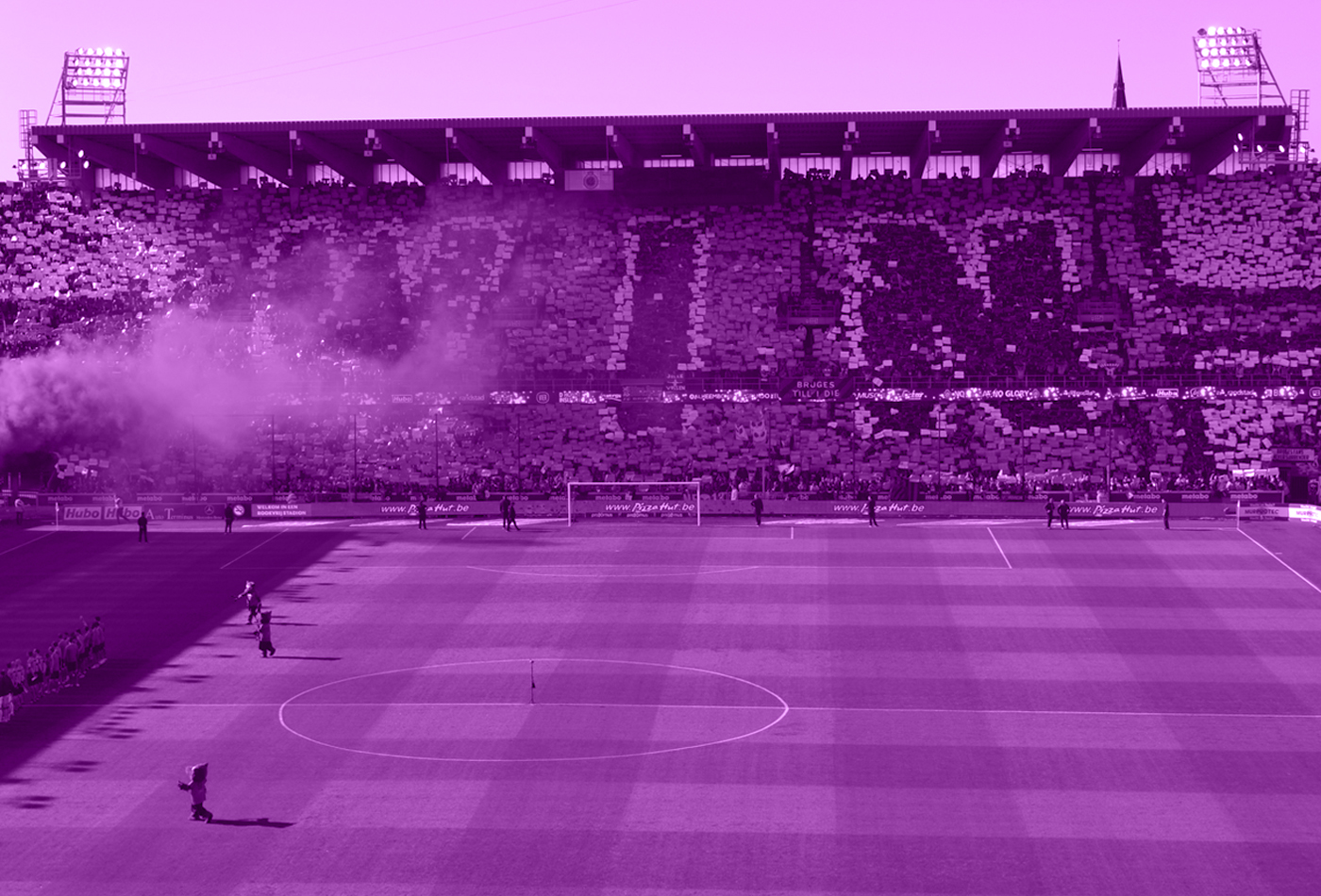 One of the best trips I’ve had so far is the one I made around Belgium visiting Brussels, Ghent and Bruges.

Who has not heard about Bruges? A medieval city that seems to have been taken from a fairy tale, but beyond its canals, its cobbled streets and its medieval buildings, in Bruges we find Jan Breydel stadium, the home of one of the most important teams in Belgium, Club Brugge.

I didn’t have much time to prepare this trip, as it happened quite quickly and by chance, so I didn’t have time to check the games I could watch that weekend there either, but still, I looked up the Jupiler Pro League matchday for information and quickly I realized that there might be a chance to enjoy a game in Bruges… and what a match! That weekend Topper’s Derby was scheduled.

Lovers of Belgian football know that the country’s classic is Anderlecht-Standard Liège, but another game is asking for a break from the bad run of the last few years of the Liège team. This match is called the Topper Derby, Anderlecht-Bruges.

It was not easy for me to find available tickets, but after a lot of hard work, I got a couple of them, so I was just waiting.

I remember the match day perfectly, we planned that day in detail, our idea was to enjoy the charm of Bruges so we arrived quite early in the city, we were sightseeing for many hours, I also remember that it was very sunny, so all those hours were very tiring, but well, the occasion deserved it.

The match started at 6pm, the stadium is not exactly close to the city, so we took a bus that left us about 10 minutes walk away. We quickly began to notice the atmosphere of the big game, groups of fans everywhere, where you would find people cheering with chants, waving their scarves and, above all, drinking beer.

To give you an idea of the history of the Jan Breydel Stadion: it is the home of the two city teams, Club Brugge and Cercle Brugge. It was inaugurated in 1975 with a capacity for 30,000 spectators, although in the 90s, with the regulations for all the areas to be of seats, the capacity was reduced to 20,000 seats, and later in the year 2000, on the occasion of the celebration of the EURO 2000 held in Belgium and the Netherlands, the stadium was remodelled again, reaching the current 29,000 spectators.

When we arrived in the surroundings of the stadium, we took our traditional full tour to take pictures and continue soaking up the atmosphere that was growing by the minute.

Seen from the outside, let’s say it’s not the most beautiful stadium we can see, so after surrounding it we decided to enter the closed area of the stadium, where there were many food and drink stands, as well as stands with all kinds of merchandising, and of course, you can imagine what I bought… a new scarf for my collection.

As I said before, the day was tremendously hot, and after a whole day of non-stop thirst, what we didn’t know was how hard it would be to order a pint of beer. First, and after waiting a queue at one of the stalls, when it was time to order, I was told that it was not possible to pay either with cash or by card, that I had to get a card that was loaded with the money you wanted and then you paid with it, so we had to stand in two more queues, one to get the prepaid card and the final one to get our deserved pint and quench our thirst.

The stadium does improve when seen from the inside. It is the typical square shaped stadium with a pronounced double height, where the football can be seen perfectly from all angles.

A curious thing that I was able to verify is that the consumption of beer is allowed in the stands themselves, something impossible in the stadiums of any of the major European leagues, but well, since it was allowed we took one to our seat while we waited at the beginning of the show.

On their way out, the players were greeted by spectacular tifos organized by the Blue Army, as well as music and… firecrackers!!. This made all of the fans’ hearts beat faster, I can say, and I’m not exaggerating, that I was excited because the atmosphere I was experiencing was one of the best I had ever experienced. I never thought I would be able to experience this atmosphere in a Belgian league match, no matter how big the game was.

The match was very amusing and hard-fought and, although Anderlecht took the lead in the 9th minute, the local fans didn’t stop singing and shouting, even I got so involved in the atmosphere in the end, that a fan in the front seat, seeing me so active cheering for Bruges and seeing that I wasn’t from there, asked me where I was from and told me that he liked the way I was cheering for Bruges very much, and we ended up hugging and celebrating what was the final goal of the Bruges draw.

I must also say that an important fact that contributed even more to the atmosphere being so intense was that both teams were playing for the league title, with three rounds left and a four-point difference between the two teams. If Bruges won (by the way, coached by the legendary Belgian goalkeeper Michel Preud’homme), they would be 1 point behind Anderlecht, the championship leader, but if they lost, they could bid farewell to the title. … in the end, the match ended in a 1-1 draw and the title would later end up in Anderlecht’s showcases.

In short, an incredible experience where I would never have imagined it, which makes this Bruges-Anderlecht match remain in my memory forever.