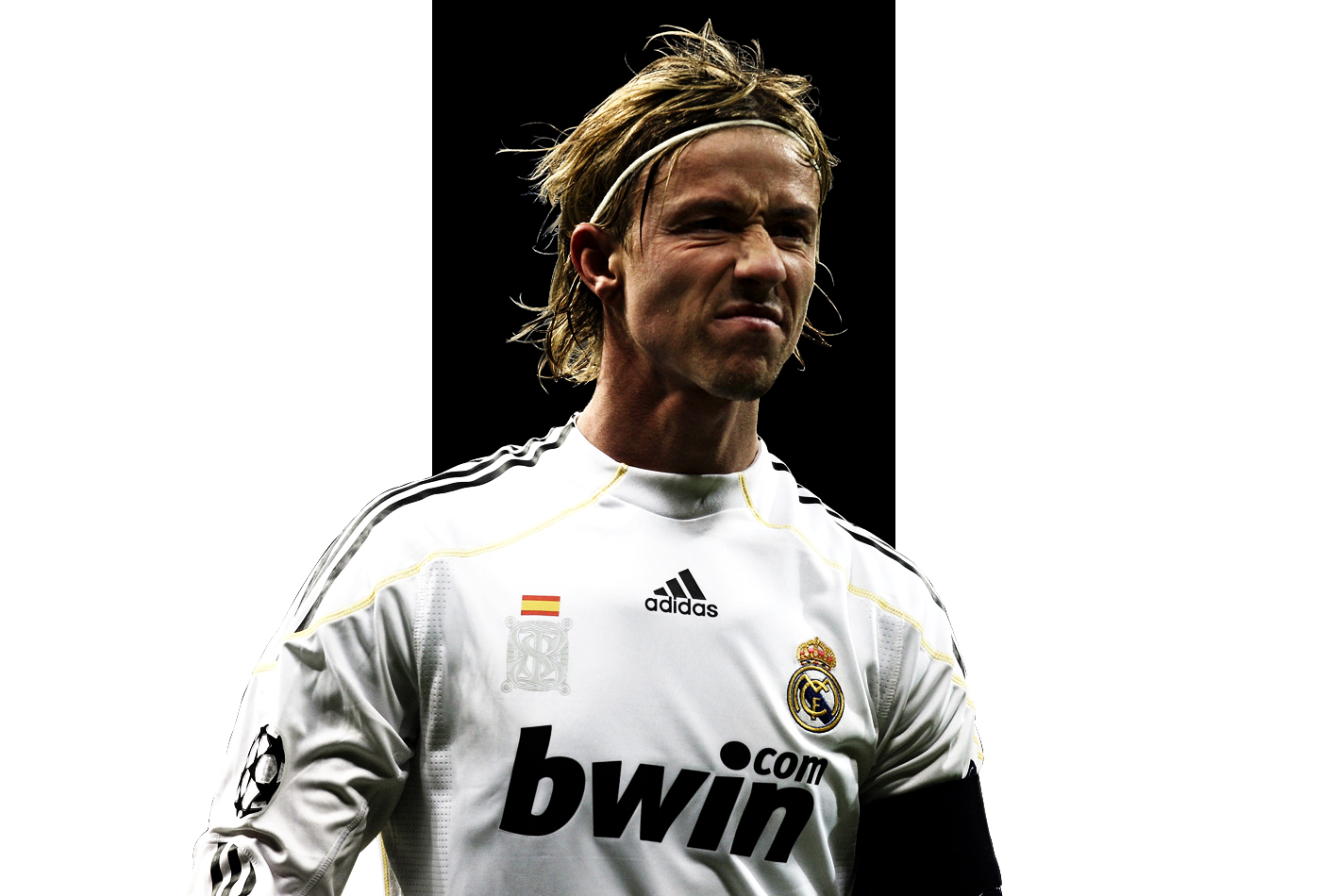 Even today, almost 9 years after his retirement, I can still clearly hear the song that spread through the Santiago Bernabéu every time Guti made a deep pass that no one else had seen, a stadium surrendered at his feet… although it wasn’t always like that.

He started his career at Real Madrid when he was only nine years old and, after going through all the club’s youth ranks, Jorge Valdano gave him the alternative on the 2nd of December 1995, replacing José Emilio Amavisca in a league match against Sevilla, a match that a Real Madrid team that was saying goodbye to the wonderful Quinta del Buitre and, at the same time, welcoming the generation of Raúl… and Guti, would end up winning 4-1.

Guti’s first years at Real Madrid were not easy, the departure of Jorge Valdano and the arrival of coaches such as Capello, Heynckes or Toshack did not benefit him, as they were not coaches who were given to betting on talented young players and, why not say it, somewhat anarchic like Guti.

Everything changed for Guti in the 1999-2000 season with the arrival of Vicente del Bosque, where his presence in the starting eleven became more and more frequent, scoring 8 goals in all competitions that season, his record until then, although he would surpass it only one season later where, playing as a false striker, he would score 14 goals in La Liga and 18 if we count all competitions.

If anyone didn’t benefit from the arrival of the Real Madrid Galáctico cycle, it was Guti. Year after year Real Madrid brought one of the best players of the moment… Zidane, Beckham, Ronaldo or even Owen meant that Guti was disappearing from the starting eleven or had to move from his natural position to adapt to other positions and, although he always finished the season with a large number of games played, there were many voices that advised him to leave Real Madrid in order to play a more important role and, although he could have done it – Berlusconi was in love with him and wanted to take him to Milan -, Guti always made it clear that he wanted to be in the team of his life, Real Madrid.

To talk about Guti is to talk about art, about plasticity, about football in all its essence, but we also have to talk about that other side of Guti off the pitch, that side that leads us to see the player not only in the sports papers, but also in all the tabloids, to be in the news for some outburst at a press conference, to those disputes with the rival fans or those late night photos of him leaving a club that did so much damage to his career and to his relationship with the Bernabéu crowd, a crowd that loved him as one of their own, like the misguided son who gets on your nerves (many whistles with his name could be counted) but who you are waiting to see do something special (which is also very common with him) to applaud him and surrender to his feet.

I’ve never forgotten a statement made by Ronaldo Nazario shortly after his arrival at Real Madrid when he was asked which player in the squad had impressed him the most and, in a squad that already included Raúl, Roberto Carlos, Figo and Zidane, he said… Guti.

With the decline of the Real Madrid Galáctico, Guti, now a veteran and one of the team’s captains, was once again a protagonist, even becoming the top assist man in the 2007-2008 La Liga season with 18 assists, at the age of 30.

Until the end of his time as a Real Madrid player, he left us glimpses of what he always was, a gifted player who saw football as easy and simple. We will always remember one of his last moments of magic with the famous back-heel to Benzema at the Riazor stadium.

At the end of the 2009-2010 season, what was an open secret was confirmed, Guti, in an emotional press conference, surrounded by all the titles he won (15 in total), announced that he was leaving Real Madrid, putting an end to a whole life at the club with these words:

“I just want to thank Real Madrid. I’ve lived through a period with some very nice things and some complicated ones. I’ve grown up at Madrid because I’ve played at this club for the last 24 years, 15 of which were in the first team. I will continue to play but my heart will remain at Real Madrid”.

He did not want to reveal where he would continue playing at that press conference, but shortly afterwards it was announced that he had signed for Beşiktaş J.K. in Turkey for two seasons, where he won a Turkish Cup and gave us his last touches of football and the occasional bizarre story in the nightlife of Istanbul, such as when he crashed his car into a bus at 4 a.m. leaving a club.

In his second season on Turkish soil and with hardly any appearances with the team due to multiple injuries and loss of confidence of the coach, Guti and Beşiktaş J.K. reach an agreement to rescind the contract early and the player announces his retirement from professional football.

José María Gutiérrez “Guti”, one of the last magicians to come out of Real Madrid’s training centre, a real out-and-out player who, despite his great track record, his 77 goals and 542 official games played with the white shirt, he could have been even more than he was… or maybe not, because geniuses are like that, with them there is no middle ground, you love them or hate them, take them or leave them, there is no grey, only black or white… and in this case, to the delight of Real Madrid fans, it was all white.