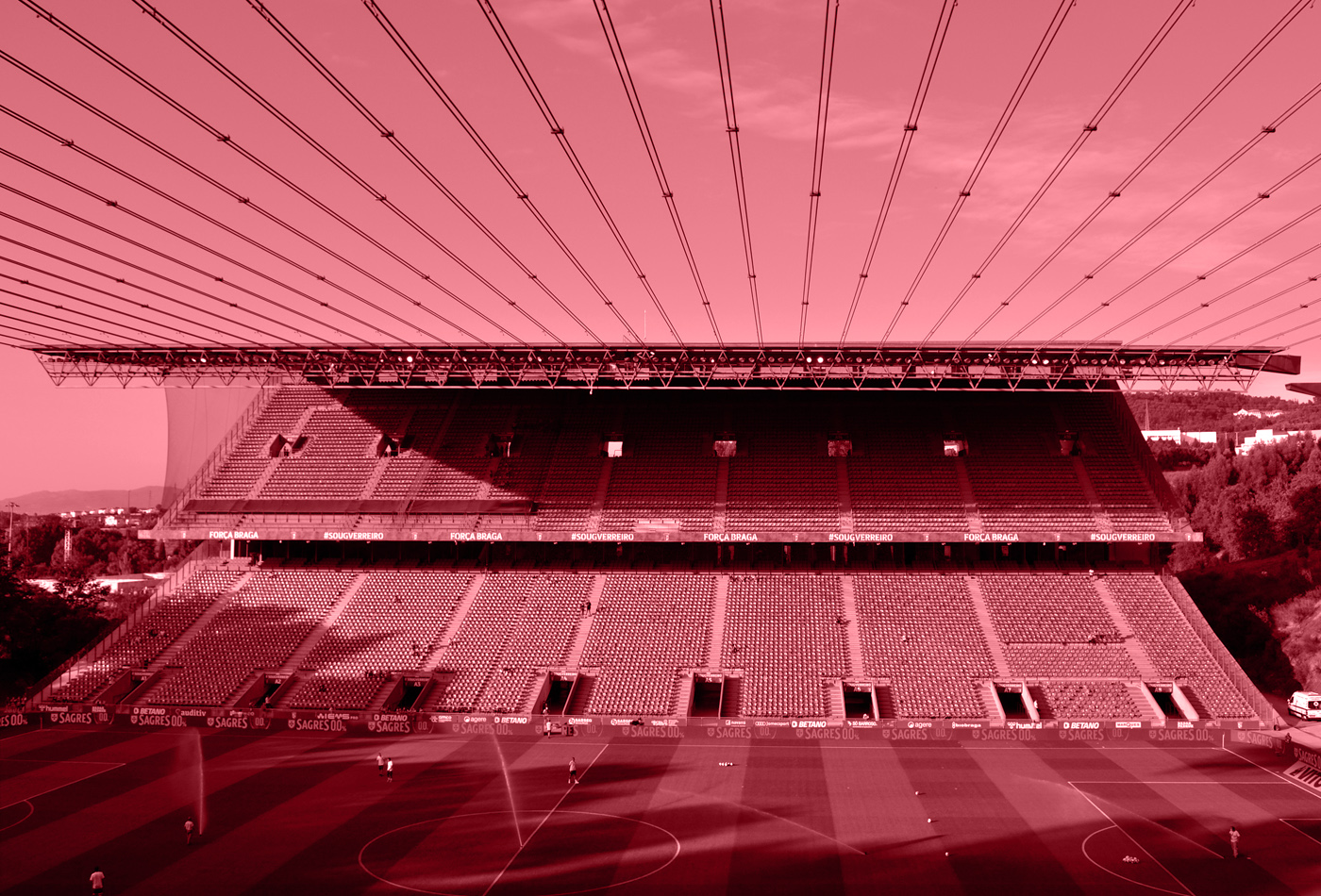 When we start a new year we always tend to take balance of the year we have finished and 2021 will be remembered for being also complicated by the pandemic, but from this place I wanted to share with you in this first post of 2022 a lovely experience as it was the return to a football stadium after a year of absence, so join me in this journey and… welcome to the Municipal Stadium of Braga.

Visiting the beautiful city of Braga it coincided that S.C. Braga faced the current league champions Sporting de Portugal and of course I couldn’t resist it so I started gathering information to find out whether or not I could get any tickets, as in Portugal it was only the second day of the league and clubs were adding or modifying restrictions by COVID as they went along.

In the end nothing stopped me, the desire to return to the stadium was stronger than the difficulties I encountered in getting tickets.  The capacity had been reduced to 50%, it doesn’t matter, we went ahead… Only members were allowed to enter the stadium… No problem, we became members.

Mission completed, one hour and forty minutes later (I’m not exaggerating) I left the official shop as a Sporting de Braga member and with two tickets to see the match against the current champions of the Portuguese league. Now all that was left was to do a bit of sightseeing, buy my scarf and go to the stadium.

The city of Braga is quite small, as is its stadium, but it is an architectural gem – in fact, architect Eduardo Souto de Moura won the FAD prize for architecture and interior design in 2005 for his work.

The Braga Municipal Stadium, with a capacity of 30,000 people and only two stands, was built for EURO 2004 and is located in an abandoned quarry on the slopes of Monte Castro, perfectly integrated with its natural surroundings.

Given its unique location, the stadium enjoys impressive acoustics, which I could see even when the stadium was half full, so I imagine that with all the fans inside it must be impressive.

They say that the only problem is on rainy days, as the stadium is open at the back if it rains a lot and it is windy, but beyond this, I can only say that this stadium is a wonderful place and something very curious and difficult to see – if not almost impossible – in a top level team.

The entrance is also something completely atypical because one of its accesses is through a footbridge that connects the slope of the Monte Castro with the stadium, where by the way you get a perfect view of the whole complex that extends up to 40 metres down.

Once in my seat, I couldn’t move too much from it to take more photos from different angles because security prevented you from moving more than strictly necessary, a pity, but necessary given the circumstances.

With the opening whistle any thoughts of pandemics or restrictions were gone, we had ninety minutes to enjoy ourselves, to escape, to recover our sensations… and we did it.

S.C. Braga lost the match 1-2, fighting until the end and almost managing to draw the score in the final minutes, but I think that the score in this match was the least important thing, the match was won by all of us who were there.  After that day, SC Braga didn’t win one more member (literally speaking), it won a fan… a GVERREIRO.